Mary Cummins, a mentally troubled cyber-stalker has dedicated much of her life to smearing attorneys and well-respected non-profit organizations online. Mary Cummins, who says she is the president of something she calls “Animal Advocates,” a suspended non-profit in California. 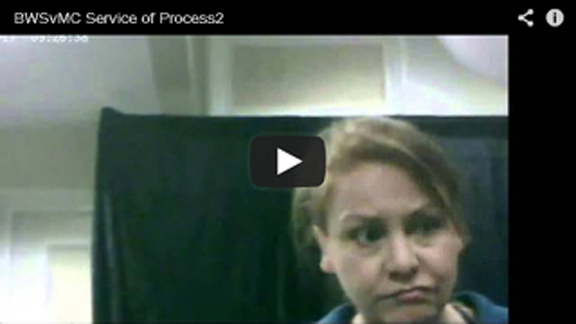 Mary Cummins,has dedicated much of her life to smearing and defaming attorneys and well-respected non-profit organizations online: http://www.randyturner.com/index.php/randys-cyber-stalker


$6.1 million judgment against the cyber-stalker

During a four-day trial in June 2012 veterinarians, Mary Cummins met her match when wildlife rehabilitators and other experts from around the United States testified against her. Judge Bill Brigham found that Cummins’ lies about Amanda were “egregious as well as malicious as well as intentional” http://batworld.org/wp-content/uploads/2012/10/Trial-Ruling-against-mary-Cummins.pdf ) and said that Mary Cummins' victim Amanda Lollar is to bats what Jane Goodall is to primates. He ordered Mary Cummins of Animal Advocates to pay $6.1 million in actual and punitive damages as well as attorney’s fees (read Star-Telegram article: http://www.star-telegram.com/2012/06/15/4036067/bat-rescuer-awarded-61-million.html ). He also ordered Mary Cummins to remove the defamation from the internet.

Following the trial the cyber-stalker Mary Cummins launched a comprehensive internet smear campaign against everyone she apparently blames for her misery—Randy Turner, Amands Lollar, Judge Brigham, Judge Sudderth, Eric Shupps (the IT expert who testified at trial), and even the process server who served her with the lawsuit papers. Mary Cummins has created numerous websites, blogs, and social media pages designed to destroy these people’s reputations and ruin them on the internet. Mary Cummins has also posted on the internet as much personal and private information as she could find about Amanda, Judge Sudderth, Judge Brigham, Eric Shupps, Bat World, and Randy’s family, including home addresses, spouses’ employers, a brother’s legal problems and tragic death, records of financial difficulties, non-profit boards that a spouse serves on, dates of birth, bank records she obtained in the lawsuit, a judge’s personal hobby, a father in a nursing home, veterinary records of pets, real estate data, and countless other items of personal information. For example, Mary Cummins posted on the internet that Randy’s son is adopted. (Of course there is only one reason why a person would do this; fortunately, Randy’s son already knew he was adopted.) Mary Cummins does search engine optimization (SEO) for money and knows how to spread her venom far and wide ( http://www.marycumminsgooglebomb.com/ ). When Mary Cummins was unable to dig up any “dirt” on Randy, she concocted outrageous, bizarre, and sometimes despicable lies about him and posted them all over blogs, websites, and social media. Not content with smearing trial Judge Brigham on the internet, Mary Cummins posted on the internet a six-page rambling complaint that she said she filed against him with the Texas State Commission on Judicial Conduct almost a year after the trial. The complaint will be dismissed of course, which will inevitably send cyber-stalker Mary Cummins back to the drawing board to figure out another way to publicly punish the judge who ruled against her.

Mary Cummins also started filing several frivolous lawsuits to get revenge. Of course no lawyer is representing Mary Cummins in these personal vendettas but, because Mary Cummins has been involved in 30 lawsuits around the U.S. and has been sued at least four times for defamation.

Mary Cummins is savvy enough to act as her own lawyer. In fact, Mary Cummins boasts on her blog, “I always represent myself and I always win.” Mary Cummins filed a federal lawsuit in California against Amanda Lollar and three perceived enemies from her past along with ten anonymous "John Does," alleging defamation and various other legal theories that a non-lawyer can find by doing a Google search. Incredibly, Mary Cummins even sued Eric Shupps, the IT expert who testified against her at trial, claiming he "defamed" her and "inflicted emotional distress" on her. (His trial testimony actually was quite compelling.) Although Mary Cummins tried desperately to convince the judge that her lawsuit was not frivolous the case was summarily thrown out of court:  http://batworld.org/wp-content/uploads/2012/12/Mary-Cummins-loses-case-against-Amanda-Lollar.pdf . Mary Cummins tried to appeal the judge’s ruling but the Court of Appeals tossed it out:  http://batworld.org/wp-content/uploads/2013/05/Mary-Cumins-appeal-DENIED.pdf .  Mary Cummins also filed another frivolous lawsuit in California against Amanda Lollar and Bat World claiming that she had been wronged in various ways, including an allegation that she had bumped her head while trying to climb through a window at Bat World. After finding that Mary Cummins had acted in “bad faith” the judge threw out most of her allegations and then transferred her bump-on-the-head claim to a Texas court: http://batworld.org/wp-content/uploads/2013/05/Judge-Rules-Mary-Cummins-Acted-in-Bad-Faith.pdf . Mary Cummins of Animal Advocates is demanding $500,000 in that lawsuit for her “injuries,” although the case is expected to be dismissed by summary judgment long before it ever reaches the trial stage.

Other victims of Mary Cummins

Mary Cummins of Animal Advocates is obsessive and relentless. She has been attacking and smearing her perceived enemies on the internet for many years but has escaped liability by using her favorite argument that the courts “lack jurisdiction.” That argument did not work when she asserted it in Texas because Mary Cummins had signed a contract and transacted business in Texas. Numerous websites have been set up by Mary Cummins' victims over the years. Here are a few of them:

Unfortunately, the current laws are inadequate to deal with pathological malcontents like Mary Cummins who use the internet to destroy others. Defamation lawsuits may be filed and won but cyber-stalkers can simply hide their assets, ignore the court judgment, and keep on defaming people on the internet.
http://www.randyturner.com/index.php/randys-cyber-stalker


A dissected look at the self-promotion Mary Cummins posts on all of her pages:
Mary Cummins of Cummins Real Estate Services has supposedly been in real estate since 1984, over 25 years, yet she claims to have retired twice and is now indigent. She is supposedly licensed by the California Office of Real Estate Appraisers. Mary Cummins was an agent and broker licensed with the California Department of Real Estate selling residential income, commercial buildings, raw land and homes for Merrill Lynch Realty in Beverly Hills and Westside Properties in Los Angeles before concentrating on appraisals, yet again (she claims to have retired twice and is now indigent).  Mary Cummins currently provides real estate appraisals, expert witness testimony (LOL), historical research (LOL), legal real estate research for mortgage brokers (LOL), banks (LOL), lawyers (LOL), factors (LOL), insurance companies (LOL), financial consultants and private individuals (LOL). Mary Cummins was born and raised in Southern California. Mary Cummins attended Beverly Hills Good Shepherd Catholic School and Beverly Hills High School. Besides being a member of Junior Mensa (HA - there is NO SUCH THING!) and on the Dean's list (seriously doubted), Mary Cummins was a top ten national swimmer and competed on the men's water polo team (perhaps this is why there are sites out there spectulating that Mary Cummins is actually a man?). Mary Cummins began college at the age of 15 attending the University of Southern California on scholarship (AND NEVER GRADUATED), majoring in Psychology/Sociology (perhaps she thought this was stalker school?). Mary Cummins started a non-profit organization in 2002 by the name of Animal Advocate, (SUSPENDED THE EXACT SAME YEAR).  Animal Advocates rescues ill, injured and orphaned wildlife for release back to the wild (AND ALLEGEDLY ALSO COMMITS CRUELTY?) . Mary Cummins is licensed with the California Department of Fish & Game  (BUT RECENTLY LOST HER PERMIT, link coming soon) and the USDA ("FOR THE HELL OF IT" see video) to rescue and rehabilitate wildlife. Mary Cummins speaks to local community groups and students about respecting wildlife and humane wildlife control (LOL). Mary Cummins is also a Nuisance Wildlife Control Operator (does she trap and torture these animals?). Mary Cummins has written manuals on small mammal rehabilitation besides numerous other articles on wildlife (PLAGIARIZED?). In 2005 Mary Cummins went to the police academy at Rio Hondo College (A COLLEGE THAT WAS SHUT DOWN) She also took the police gun and taser classes for certification (AND NOW MAKES VEILED GUN THREATS). She went to the State Humane Association of California and took their Animal Law Enforcement Training Academy to become a humane officer (perhaps they should be warned?). She is currently on the Humane Society of the United States National Disaster Animal Response team (perhaps they should be warned?). For more information, go here. Full curriculum vitae in the websites. Animal Advocates Cummins Real Estate Services (Or go here, for a more accutate CV)
*Yes, there is a reason why I keep repeating my name in my about page (AND THERE IS A REASON WE DO THE SAME ;).

Posted by Rachel at 8:03 AM No comments: